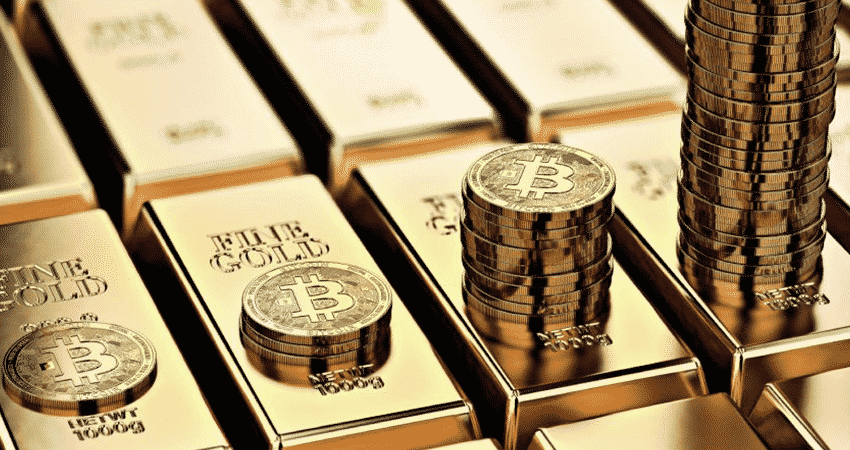 There is a lot that is going on well for the users of cryptocurrency in the market; there are several positive events that have grabbed the market. First of this positive event is the recovery of the value of Bitcoin and the second is the manner in which the value of Bitcoin has surpassed that of Bitcoin. According to the latest development in the London Bullion Market, the Gold market will settle at $446 billion this year which is quite less compared to what it had settled to the previous year, on the contrary, cryptocurrency market has already amassed $848 billion this year and would surpass the formidable mark of $1.38 trillion by the end of the year. Therefore, keeping in mind the statistics provided by London Bullion Market, it can be believed that the sector of virtual currency has fared better than the whole market of Gold.

However, as of yet, it is not the whole virtual currency spectrum that is being considered as we make speculations regarding the contribution of cryptocurrency market, at this point, only Bitcoin is being considered. However, there are also other prominent currencies in the market such as Ethereum and Ripple which contribute significantly to the outcome that the market sees. The speculation might change once these other kinds of cryptocurrencies are taken into consideration. However, it can easily be noticed that there is a widespread acceptance related to cryptocurrency in the markets as indicated by the difference in the value created by Gold and the value created by Cryptocurrency. It hints at the increased awareness regarding the potential offered by the field of virtual currency. There are several ways in which this form of store of value triumphs over others, especially Gold. There is more flexibility when it comes to virtual currencies that makes it better than Gold.

According to the experts, cryptocurrency can take a major leap forward as a recognized asset if only better regulations were put in place and if financial features such as ‘futures” and ‘Exchange-Traded Funds” are introduced over a definite period of time. However, up until now, the ETFs applications have all been rejected by SEC, that is, the Securities Exchange Commission, no matter how many pleas were registered on the forum. It can be believed that only if the request for ETF was to be granted by the SEC, there is a chance that more investment would take place in this sector. It is quite noticeable that there is an enhanced faith amongst the investors for the market, yet, something has to be said about its arbitrariness and the frequent decline in value because of the later. It is for this reason that an ETF would be welcomed in the market at this point of time.