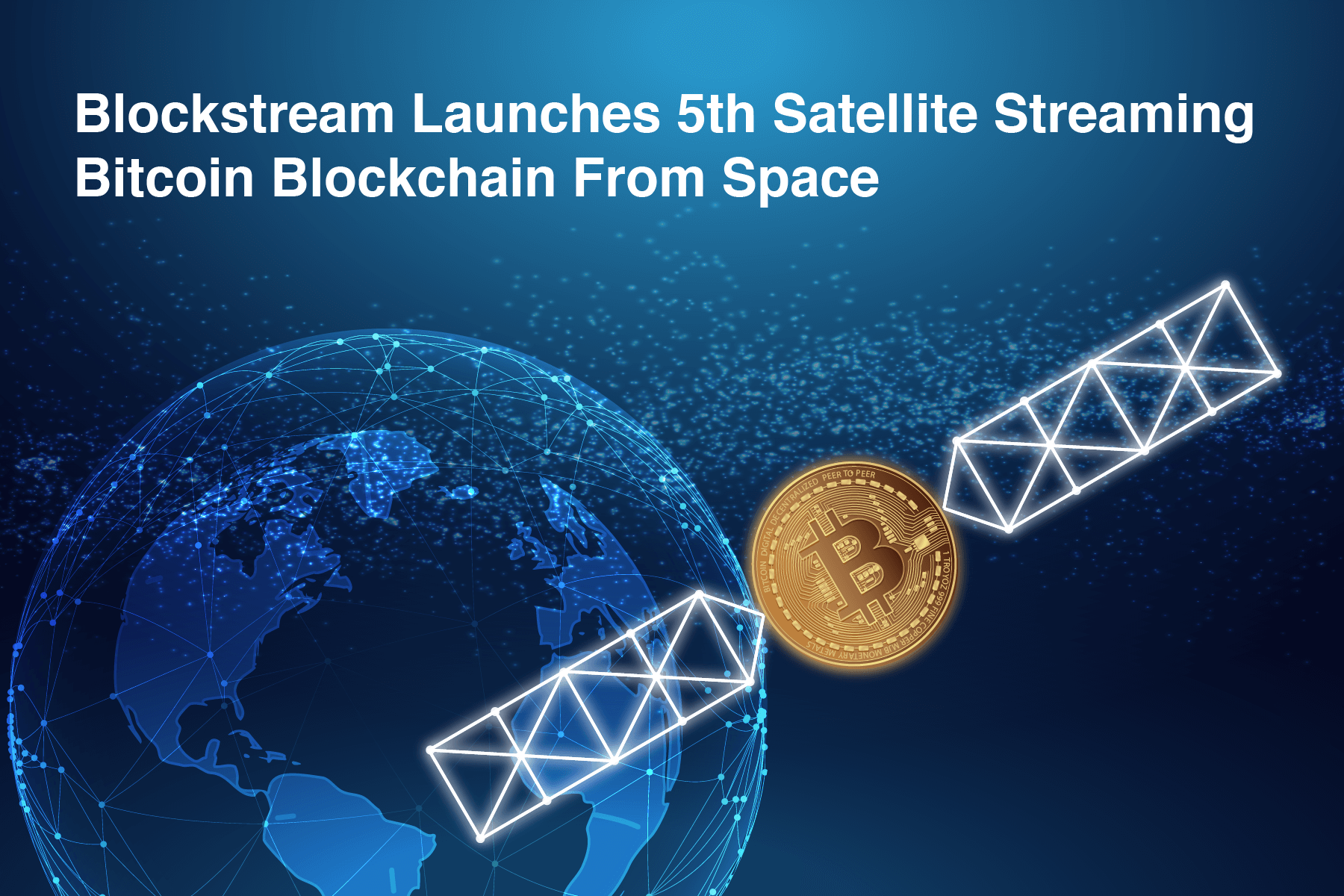 Blockstream, a Blockchain development firm is in the process of expanding its satellite services and has launched its 5th consecutive satellite in space which is now broadcasting the Bitcoin (BTC) blockchain to all of the world’s major land masses.

Blockstream is a blockchain development company founded by Adam Back in 2014 and headquartered in San Francisco, U.S. Blockstream investors include Horizons Ventures, Blockchain Capital, Digital Currency Group, AXA Strategic Ventures, and others. Blockstream is focused on developing Bitcoin sidechains and other blockchain-related applications.

The wider coverage which comes via the addition of a fifth satellite brings potential internet-free Bitcoin transactions and information sharing to crypto users in the Asia Pacific region. The satellite service is currently available across Africa, Europe, South, and North America.

Blockstream has launched a new API or application programming interface which allows Blockchain satellites to exchange encrypted messages with users, charging them for using micropayments on the Lightning Network.

Blockstream revolutionized the move by censoring communications just like Bitcoin which has always been censoring money. This Bitcoin space initiative aims to free crypto usage from dependency on the internet and looks forward to making the security of the Bitcoin network robust. With its latest expansion, the Blockstream Satellite covers almost the entire world. The robust data flow streamed by the satellites even covers all historical Bitcoin transaction data not only the immediately preceding blocks but also the project’s earlier iterations.

When Blockstream announced its satellite project in August 2017, it aimed to connect everyone on the planet in the face of limited global internet access with more limited online freedom.