The Blockchain based Exodus 1 by HTC will be backed up with the Brave browser. The aspect of four million active users of Brave since September looks to have an influence on HTC to use Brave Browser in this smartphone.

In order to ensure the high levels of security for the user’s cryptocurrency and crypto-based assets, HTC has added Trust Zone ‘Secure Enclave’ on its Exodus 1. It is an explicit security feature which can’t be found on any other Android phone. The Trust Zone is a mini operating system which is based on hardware. It is like a digital bank basement which can assist the user to manage, process and run the cryptocurrency and crypto-based assets. The processing of the crypto-based assets works in smooth sync with phone’s Android 8.1 operating system. The information which is protected under Trust Zone feature of the phone will be pinned separately off from other programs of the phone. The protected data will be unreadable to every other thing on the smartphone, which includes the Android operating system along with other things that run on the phone.

HTC’s Exodus 1 is cryptocurrency and Blockchain tailored smartphone that offers a safe crypto activity. This became possible with the help of ‘Decentralized application (dApps.) This creation of Phil Chen, (HTC’s Decentralized Chief Officer) acts like a digital currency wallet and a safe data store. Chen also created HTC’s Vive VR headset. HTC’s Exodus 1 will be backed up with Zion crypto wallet. This feature will help the users to safely store their Bitcoin and Ethereum across the decentralized network. Zion crypto wallet can also be used for making payments through the applications that are integrated with Zion. HTC has issued the Zion SDK and Key management APIs for developers who want to integrate Zion payment feature into their applications. 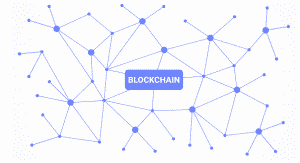 The co-founder of HTC- Mr. Brendan Eich, who also developed the FireFox Mozilla browser announced in one of his recent tweets- “We are very happy to have Brave as the default browser and to be working with HTC on their Exodus phone.”

The ownership of the personal data by the individual users is the main ambition behind backing the HTC Exodus 1 with Brave Browser. With the boom in the popularity of the cryptocurrency coins, tokens, contracts etc, this phone will act as a private store to safely store the private keys on the phone called Zion. The promise of storing the crypto-based assets and cryptocurrency on the phone is powered by the ‘decentralized Blockchain’ technology.

At looking deeper into the fine construction of the ‘Brave Browser’, you will find that the browser itself is not based on the Blockchain technology. But over the time, there is an intention to decentralize it’s Ethereum based – ‘BAT.’ In the words of Eich, the BAT program is right now- ‘semi-centralized.’ It is so because of the lack of current management of the BAT tokens of how they will be distributed in order to reward the Brave publishers. In the reports from TNW, Eich expressed the company’s intention to decentralize much of the BAT program eventually. Although he said that the desired decentralization will not be an instant thing with everything going decentralize in one go. He rather pointed at the need for a balanced approach while calling the instant approach as ‘not scalable’ and ‘anonymous.’

On the other hand, Brave browser comes with a capacity to block all the internet advertisements and cookies. This is to make the browsing way quicker, gives the user an efficient loading and navigation experience. This is done to safeguard the customers’ ‘user data’ from getting collected by search markets and browsers; eventually giving the power of individuality in the user’s hands.

Further, there is a reward system offered to the users who will choose to view the internet adverts with BAT tokens, which advertisers will have to pay for. This is to make sure that the reward from the monetization of the data will go back in the hands of the owner instead. In September, Brave recorded an acceptance of 10 million downloads and four million active users which clearly shows the popularity of the browser.

“It is challenging in the incumbent web […] ‘advertisement trade for attention’ model that has crippled the internet browsing experience. We are at a crisis of giving that away for cheap endorphins and surrendering all that power to the big data monolithic cloud companies that mine that data.”

The details of the partnership between HTC and Brave are not yet revealed fully. The proven track record of HTC smartphones has still to witness what kind of response its ‘Blockchain based Brave browser driven’ smartphones will get. The HTC’s Blockchain based phone is in for a competition with SIRIN Labs and FINNEY that were launched earlier this month with the same starry dreams in their eyes. Samsung, on the other hand, has also put in its requests to patent trademarks in the EU.

As per the information collected from Dutch tech news blog, ‘Galaxy Club’, Samsung has requested for three trademarks to be patented, namely- ‘Blockchain Key Store’, ‘Blockchain Key Box’ and ‘Blockchain Core.’ The launch of Samsung’s latest smartphone- ‘Galaxy S10’ is anticipated in February, next year. Looking at the advancements of the company in the Blockchain domain, it will be exciting to know if the upcoming model of Samsung such as Galaxy S10 will come with Blockchain based solutions.